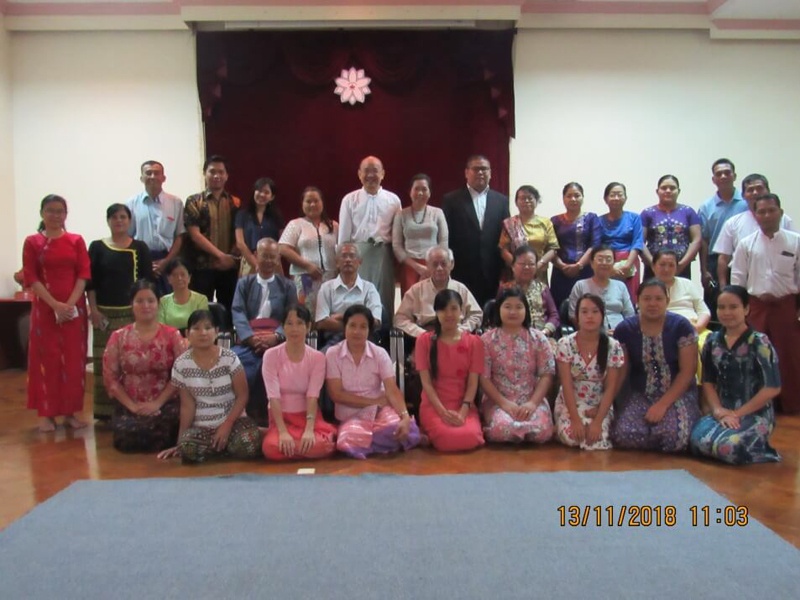 On Monday, 13 November 2018, SEAMEO CHAT hosted a consolidation meeting with all its staff and former directors. The event is an annual agenda of CHAT as an appreciation for all its former directors and also serves as a chance to reflect on what the organization has done and achieved in a year.

SEAMEO CHAT was established in year 2000. In the span of 18 years, CHAT has been under the leadership of six directors, including the current one. In Myanmar (and many ASIAN culture), the eldery is not seen as feeble, lame, or incapable, they are respected for their wisdom that comes with their age, and people listen to them to find answer. As such, the event started paying their respect to all the former directors, then each former directors give their advice and word of wisdom to all the staff. After each former directors finished their sermon everyone takes photo together, which signifies the end of the meeting.

Pic 3. SEAMEO CHAT Staff led by the current Director (woman in very front) paying their homage to the Former Directors and Senior Staff

Pic 4. SEAMEO Staff and Former Director together in on frame

Pic 5. SEAMEO Staff and Former Director mingling together in the feast

After the meeting, everyone then move to the dining room to enjoy their lunch together. The sumptuous feast is also a chance for all staff and former directors to mingle together and sharing their stories, the warm and intimate atmosphere serves as a proof that CHAT is a solid family. (Richard)